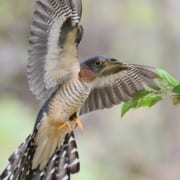 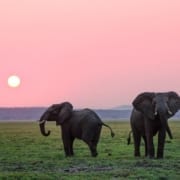 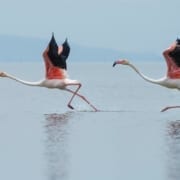 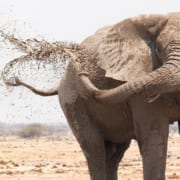 Test your knowledge with this week’s EcoTraining Word Search! 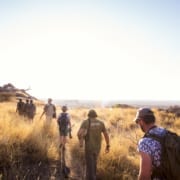 Test your knowledge with this week’s EcoTraining Crossword! 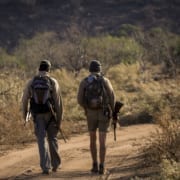 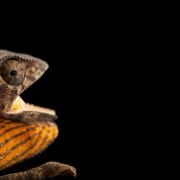 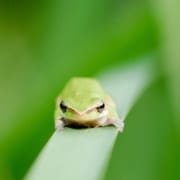 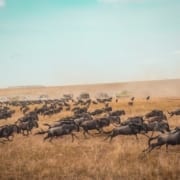 Ecotourism is becoming an increasingly growing trend and should be rightfully so. After all, certain aspects of tourism are a large contributor to environmental degradation. Beyond that, tourism can also be a cruel industry where its profit falls into the hands of the few and not necessarily the local community. Such was the problem of Kenya…that is, until the dawn of sustainable travel and ecotourism – By Richards Cole 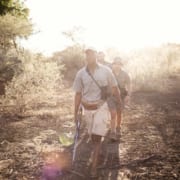 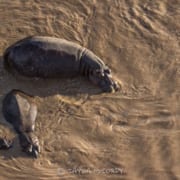 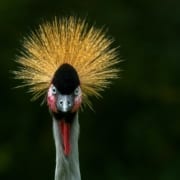 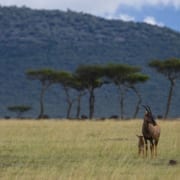 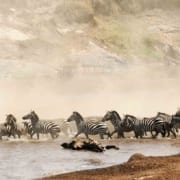 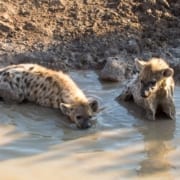 It sometimes seems that the trio of hyaenas from Disney’s famous movie the Lion King is a representation of the species as a whole. There can be nothing further from the truth, as hyenas are not cowardly, skulking scavengers that they are made out to be.

Found in most wilderness regions of sub-Saharan Africa, the spotted hyena plays a very important role in many African eco-systems.

Much like other animals that have stripes or spots, the pattern on each animal is unique, allowing for easy identification. These large animals can be found is a vast variety of habitats and have even been found at altitudes as high as 4,100m!

Although they have their cubs in a den, they do like to lie in shaded hollows, culverts and even pools of water during the heat of the day. If you have ever had the privilege to travel to Tanzania or Kenya, you will see hyenas wallowing midday like a hippo in muddy pools of water. Most people believe that hyena scavenges the majority of their food, but this is not necessarily the truth. They kill up to 95% of their food, with the remaining percentage being scavenged or stolen. Hyenas have excellent hearing and can hear the sound of predators on a kill from up to 10 km away. They will eat almost anything on offer, including fish, pythons and tortoises if nothing else is available. The amount of scavenging versus the amount of hunting a hyena does is all dependent on the population dynamics of other large predators in the region. Hyenas exert a far greater bite pressure than any other land predator on the continent, they can crush bones that other carnivores cannot eat.

The main rivalry for hyenas are lions. And in many areas, where lions do exist, hyenas are regarded as the dominant apex predator. In the Ngorongoro Crater in Northern Tanzania, hyenas and lions are in a constant battle with each other, in what can only be described as a gladiator’s arena of life and death where often, due to numbers and cunning, hyenas are the victor.

Living in clans as they do, they can be observed to be extremely social. And considering that these clans can exceed 50 in number, it is no easy task. The clans are matriarchal, as the females are larger than their male counterparts and can outweigh them by as much as 30%.

Hyenas communicate via a range of vocalizations varying from whoops and grunts to almost demented human-like laughter. Hence they are often referred to as ‘Laughing Hyenas’. Each call has a specific use and is therefore easily distinguished and interpreted by the rest of the clan. Sitting and listening to a pack of hyenas as they call to each other in the dead of night, is a cacophony that will not be easily forgotten.

When cubs are born at the den site, they get to interact with each other and thus build up a clan hierarchy. The female offspring of the dominant matriarch is known as a Princess and will be afforded special privileges by the rest of the clan. Built like they are running uphill; they can attain speeds of up to 60 kph, however, more importantly, they maintain that speed for long period of time, enabling them to tier their prey out before catching it and ripping it to shreds.

So, the next time you are on a Safari and encounter these amazing creators, take the time to watch them and learn more about their complex and interesting behaviours.

If you want to know more about EcoTraining, have a look at our website and some of the courses we offer.

Watch and listen to the incredible sounds below in an EcoTraining TV video. 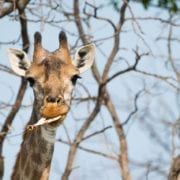 Indlulamithi – above the trees for World Giraffe Day. So why is the 21st June World Giraffe day? This is a new annual event launched by the Giraffe Conservation Foundation (GCF) to raise awareness of our iconic long-necked friends. Did you know that even though they are an iconic African species that very little research has been done on them, and because of this the tallest mammal of the African bush has been disappearing right under our noses? According to the ICUN it is now thought that there are less than 69000 mature Giraffes left across the African Continent. This might sound like a healthy population number however; when you consider that over the last three decades Giraffe numbers have decreased by around 30-40%, a staggering amount, this population estimate is beginning to not look as good as it first you first thought.

The reasons why their numbers are declining is a familiar story. War, civil unrest, explosions in the human population, deforestation, habitat destruction, habitat fragmentation, disease and poaching are all contributing to their decline.

The Giraffe should have one advantage over other animals, because of its height they can reach food that other animals can’t which means that they don’t compete with other wild or domestic animals for food. However; in countries like Niger, where people are cutting down trees for fire wood, to grow crops and to sell, the Giraffes started to raid peoples crops, which in turn meant that the animals were being viewed as pests. Currently the ICUN acknowledges the giraffe as one species with nine different subspecies. The Giraffe as a species are listed as vulnerable to extinction and if you break it down into the nine subspecies you will see that some of these subspecies are in danger of disappearing completely –  the Nubian and Kordofan subspecies are critically endangered and the Reticulated subspecies is classified as endangered.  The giraffes that live in Eastern, Western and Central Africa with most of them living in scattered, fragmented populations are the ones that are under the greatest threat whereas the lucky subspecies that live in Southern Africa have more stable population figures, although they are also not immune to population decline.

In recent years there has been some hope. The West Africa subspecies population declined so drastically that by the mid-nineties there were only 49 left. They used to have an extensive range, but they disappeared everywhere except in a small ‘giraffe corridor’ in Niger.  Due to people recognizing the importance of them a massive conservation effort began. The Niger government gave them protected status and money was spent on anti-poaching. Thousands of Acacia trees, their favorite food have been planted, which helped to stop the Giraffes raiding people’s valuable crops.  Thanks to Giraffe conservation organizations like GCF working with local people awareness of the Giraffes plight has increased and people now see these Giraffes as a positive force as they provide them with and income and jobs. All this work has had positive results.  Their population numbers have increased and according to the ICUN there are now approximately 425 mature individuals. This success has enabled 8 West African Giraffes to be translocated to the protected Gadabedji Biosphere Reserve, an area they haven’t roamed for 50 years. Although this might sound like a small number these Giraffe have helped to increase the Biosphere Reserves biodiversity and most importantly these precious animals are helping to establish a second colony of West African Giraffe. Now there we are researching Giraffe we are learning some interesting things. Thanks to genetic testing our assumptions that there are nine subspecies has been shown to be wrong and many questions are being raised. It has shown that there are four distinct species of Giraffe that have not interbreed for millions of years.  Some of these species of Giraffes also have subspecies.

Whilst this might seem like an academic argument, after all it doesn’t change the conservation status of these animals, it goes to show that there is still so much to learn about them. It is also hoped that with more research, by understating their genetic makeup and what makes each species of Giraffe unique that they will be able to come up with new conservation approaches that can save this amazing animal.

When humans put their minds to it, we can change the world and when we work together with nature rather than just considering our needs, we can create a positive change.